Little Sudin and his best friend Siti began Jungle School in February 2022, soon after they arrived at the Orangutan Sanctuary in the Bukit Tigapuluh ecosystem. Sudin is very active and spends much of his time playing with Siti and exploring the forest. He likes to hang from branches with his hands while swinging his legs below. 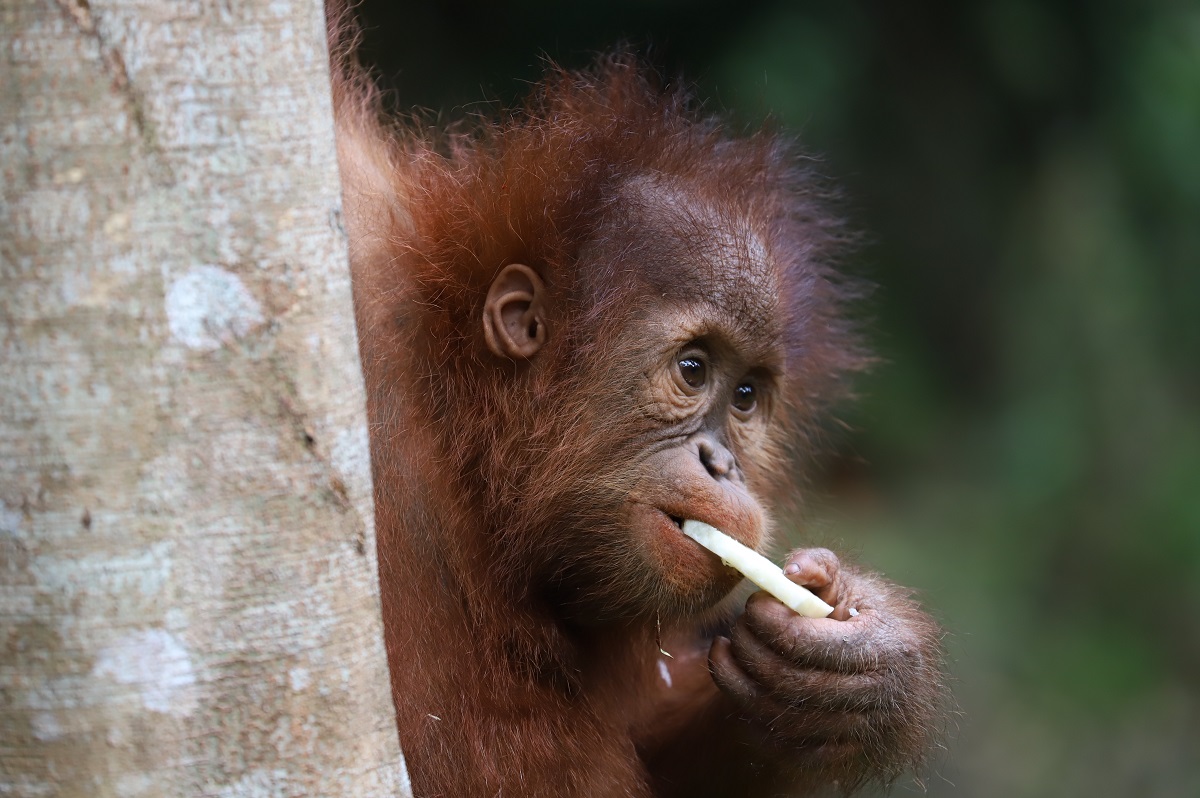 In an excellent development, Sudin has also begun foraging for wild forest foods. Over the past few months, he mostly consumed wild aro, besai and liana fruits. He also fed on other important food sources for wild orangutans including bark, leaves and stem. Sudin still receives food from the orangutan keepers while he learns to identify and eat food in the forest. This beautiful video shows Sudin exploring at Jungle School.

Sudin receives human baby milk formula four times a day since he is so young and would still be suckling from his mum in the wild. Sudin enjoys the different enrichment given out by the keepers to keep the orangutans busy in their enclosures, and his favourite is leaves and fruit stuffed into Kong toys.

Sudin mostly spends his time between 5-10 metres in the canopy. He is practicing his climbing skills including learning how to test if small branches will hold his weight. As well as playing with Siti, he has approached mother and daughter Violet and Vanilla, and he likes to observe other orangutans’ activity from the Jungle School area.

It is wonderful that Sudin is growing in confidence and is beginning to develop his forest skills. Well done Sudin!

(Program run by Ministry of Environment and Forestry and FZS) 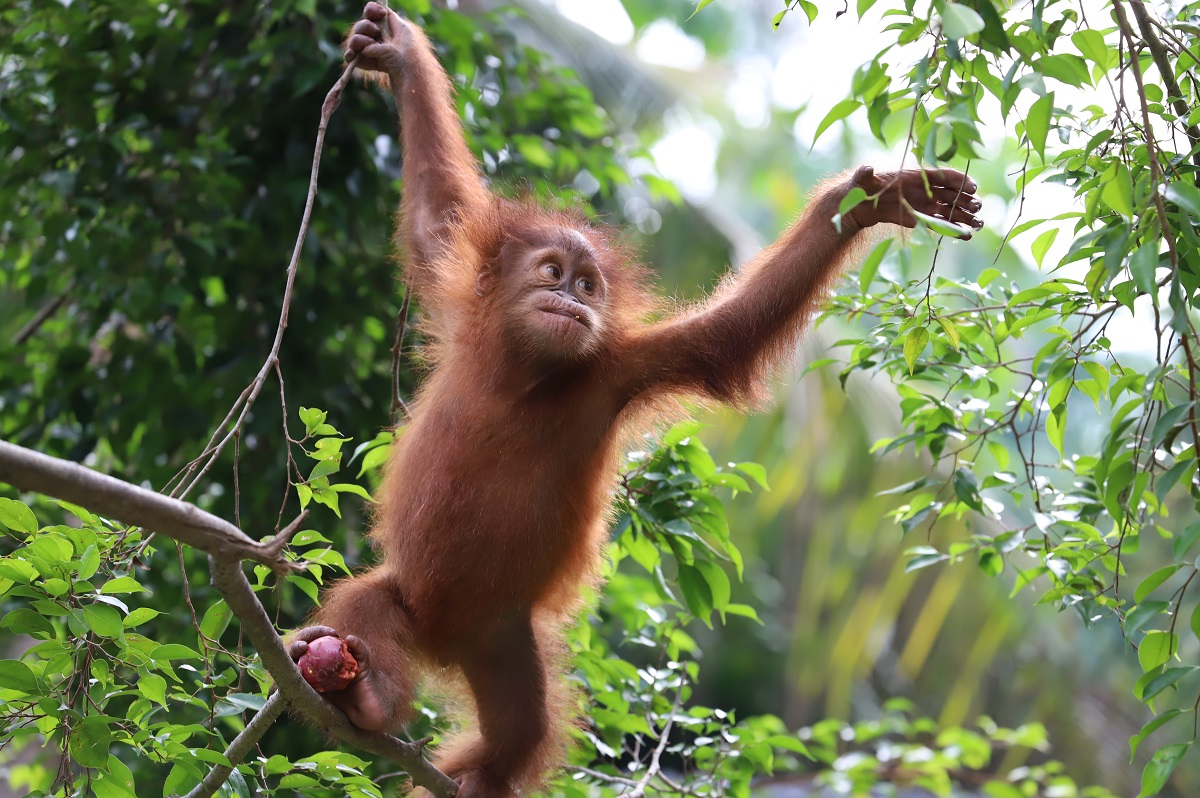 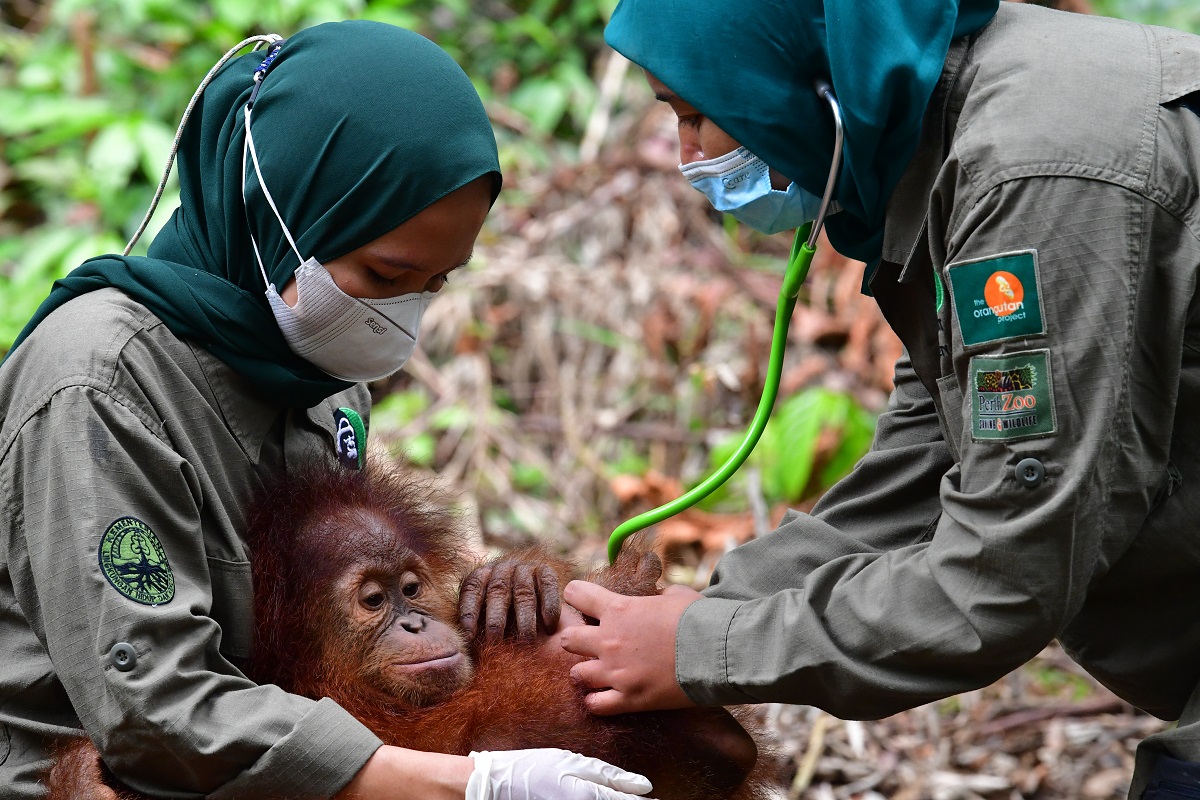 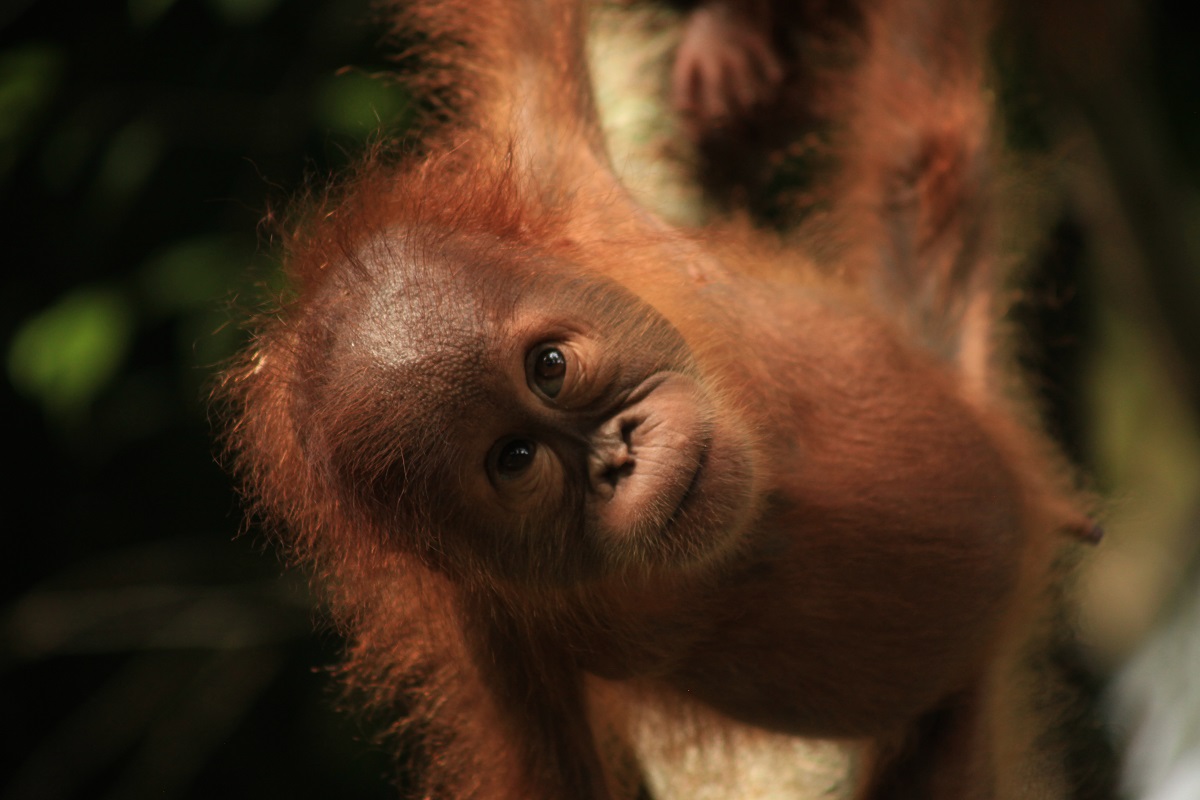 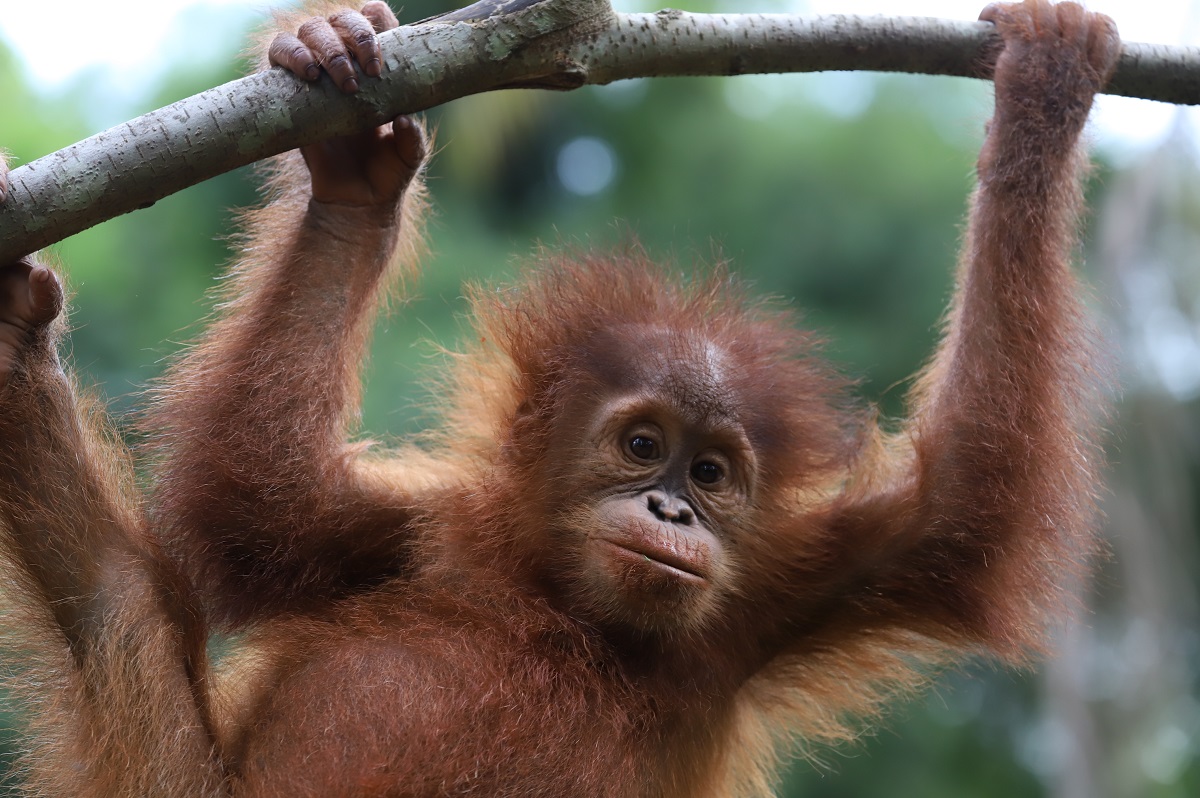 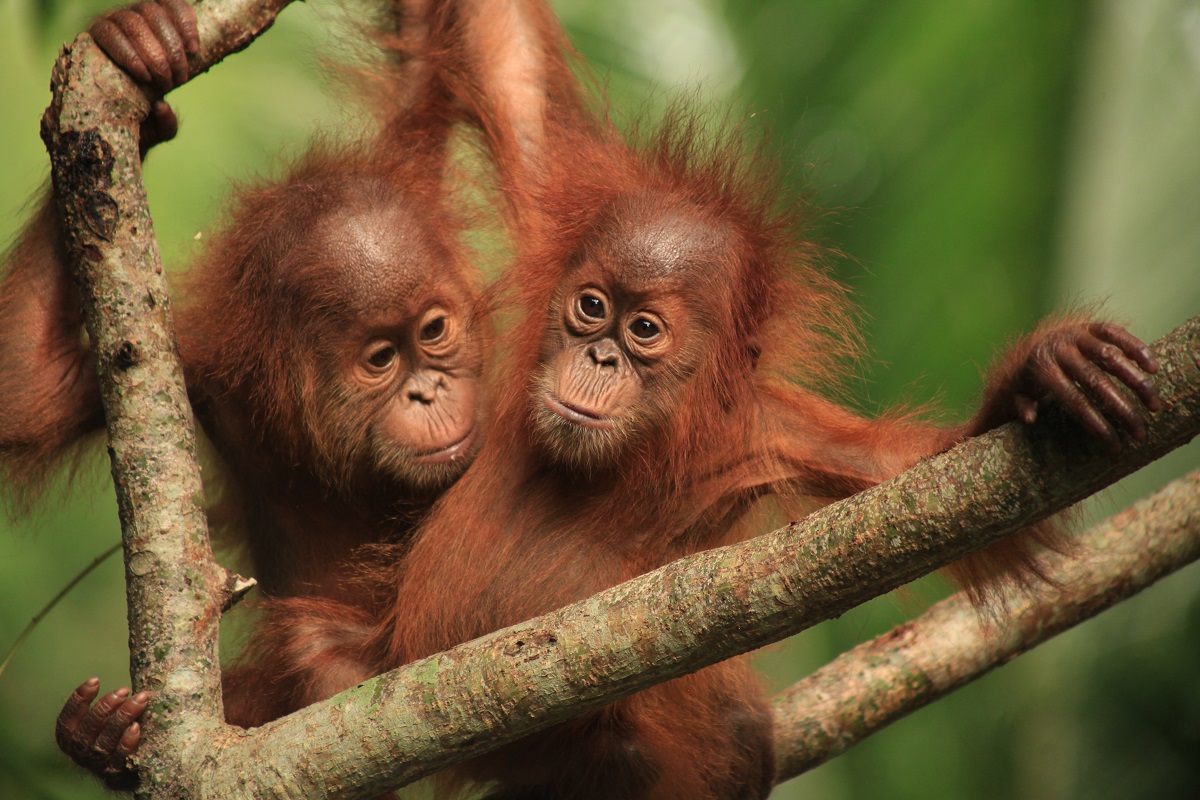 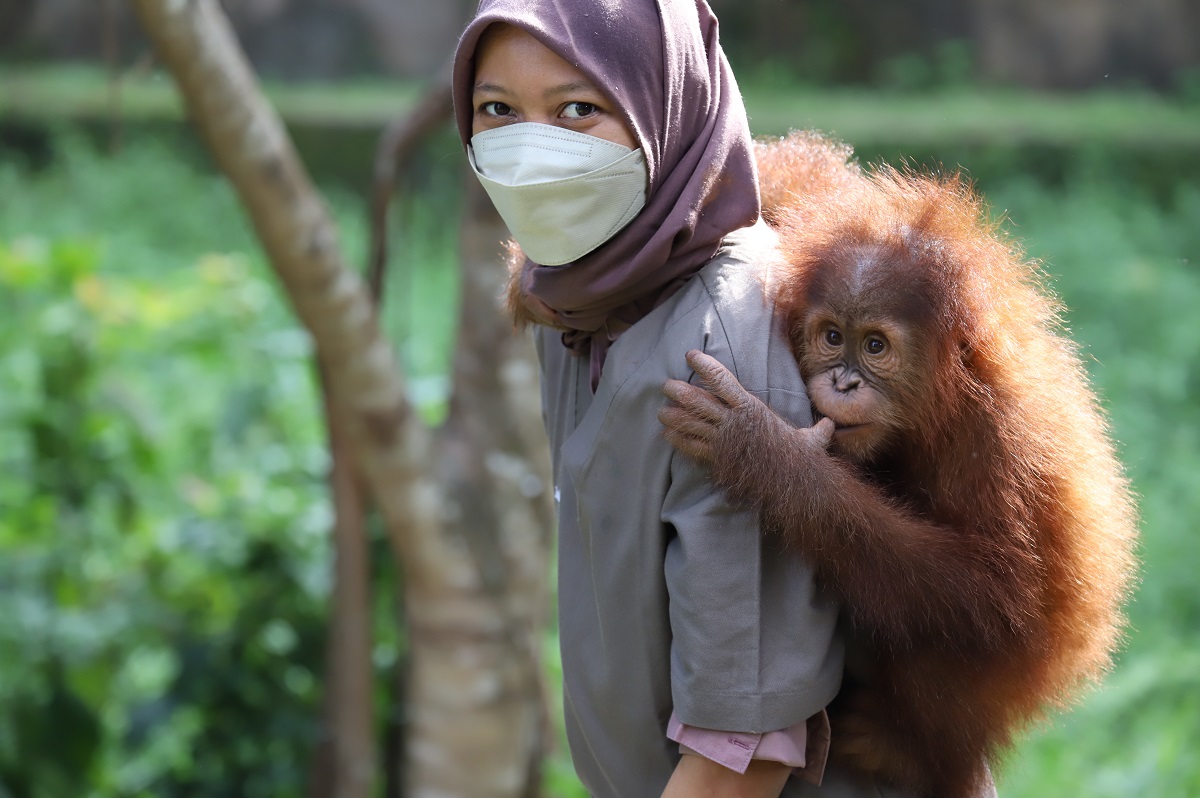