Rocky and Rickina have been reunited on Ali Island. Rickina continues to grow and develop her skills during her rehabilitation and has recently been transferred to Ali Island to socialise with new orangutans. Staff describe Rickina as an active and sociable girl, who loves to play and interact with others on the island.

Rickina remains the “leader of the group” and is the most outgoing. She is in excellent forager and loves seeking out food to eat - especially termites (her favourite!). She is never afraid to try new foods and will happily be the first in line to investigate new foods and enrichment the carers provide. It is hoped that her fantastic leadership qualities and inquisitive nature will rub off on her fellow island dwellers, and they too will become more confident. Already adept in nest making and foraging, it won’t be long until Rickina will be a serious candidate for release.

Big guy Rocky was again proving too boisterous for smaller orangutans on Besar Island and has now been moved to Ali Island where the other 17 orangutans are similar or larger in size.

We are pleased that Rocky has developed close friendships with Puvol, Pedro and Mac, and the group can be seen playing and foraging for termites together. Rocky also spends significant amounts of time perfecting his “wild skills” including foraging, nest building and climbing.

Staff at IAR are please that Rocky pays little to no interest to the carers when they visit the island – a great attribute for a release candidate! 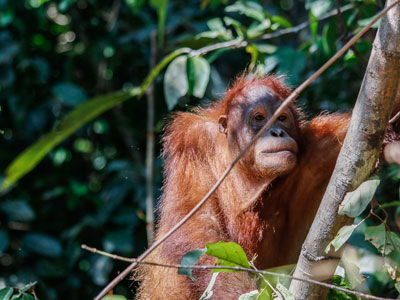 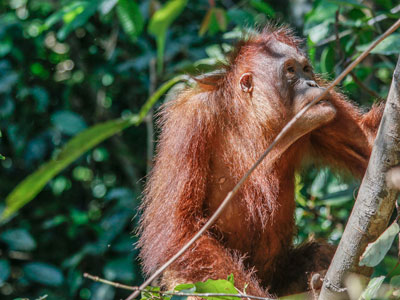 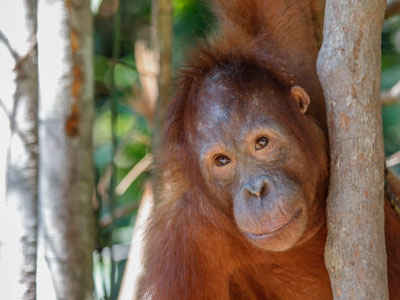 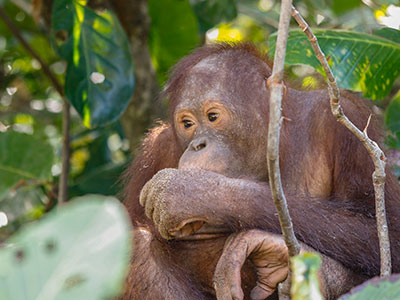 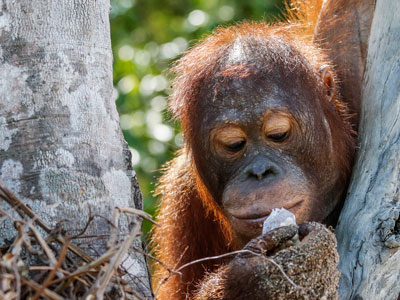 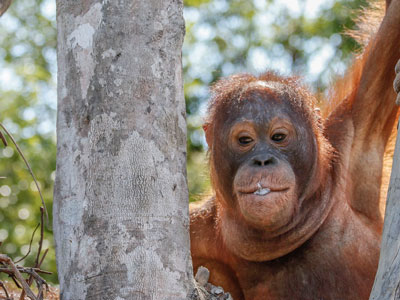