Due to Emil’s excellent forest skills, he was identified as a release candidate for 2014. During his forest outings, Emil would venture deeper into the forest than many of his other orangutan peers who still preferred to stay within sight of their caregivers and other orangutans.

Emil was perfectly content when by himself in the forest but, just like wild adolescent orangutans, he also enjoyed traveling occasionally with a friend.

Emil is a very observant orangutan. As he climbs up the trees, he ambles slowly and stops frequently to survey the forest around him. But this careful, attentive mode of climbing is juxtaposed by a more heedless strategy. When he decides to descend from the trees, Emil grabs onto a young, bendy tree and then lets his body fall with the tree in an arc toward the ground. Sometimes the best way to determine Emil’s location is to listen for the sound of crashing branches. Whether this technique is brave or reckless, it seems to work for Emil!

As for foraging skills, Emil is very resourceful. Since he spends most of his time in the trees, leaves are a common snack. And like many orangutans, Emil has a sweet tooth for termites and ants. But he has a few unconventional tastes as well including mud and bark. These might sound unappetizing, but these items can be a good source of nutrients! Sometimes a wild orangutan needs to be creative when there is a shortage of more tasty foods.

Emil was released in August 2014. Staff are confident that Emil will succeed in the wild due to his range of forest skills including excellent foraging and feeding habits. 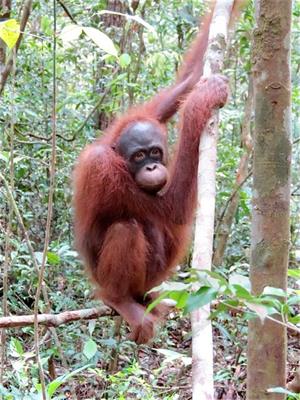 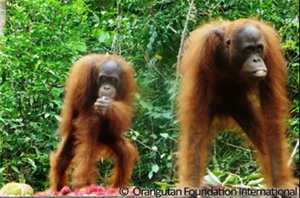 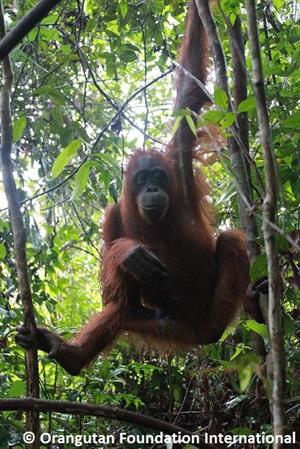