Meki was moved to a pre-release island for the final stage of her rehabilitation at Nyaru Menteng in March 2019. Meki was making great progress with traveling and foraging on the island.

In August, the water levels around some of the orangutan islands became very low. In some cases, the water level dropped below 1 metre and therefore the decision was made to remove orangutans from particular islands to prevent the chance of them escaping. The water level usually drops during the dry season however this year has been particularly bad. BOS Foundation increased staff patrols around the islands whilst the water levels dropped, and prioritised orangutan relocations based on risk factor.

Meki was taken back to the BOSF Nyaru Menteng Centre on 2 August 2019. Technicians had observed Meki playing near the shallowest section of the Rungan River on a few occasions. Staff decided
it was in Meki’s best interests to evacuate her from Kaja Island, as water levels were getting too low and tempting for her to cross.

The next day, the team returned to the same location and this time spotted Meki trying to cross the river. Without wasting any time, one of the technicians darted Meki with a tranquilizer dart. The team then transferred Meki back to Nyaru Menteng. Meki is doing well back at the centre and will need to remain here until the dry season ends and river levels rise. 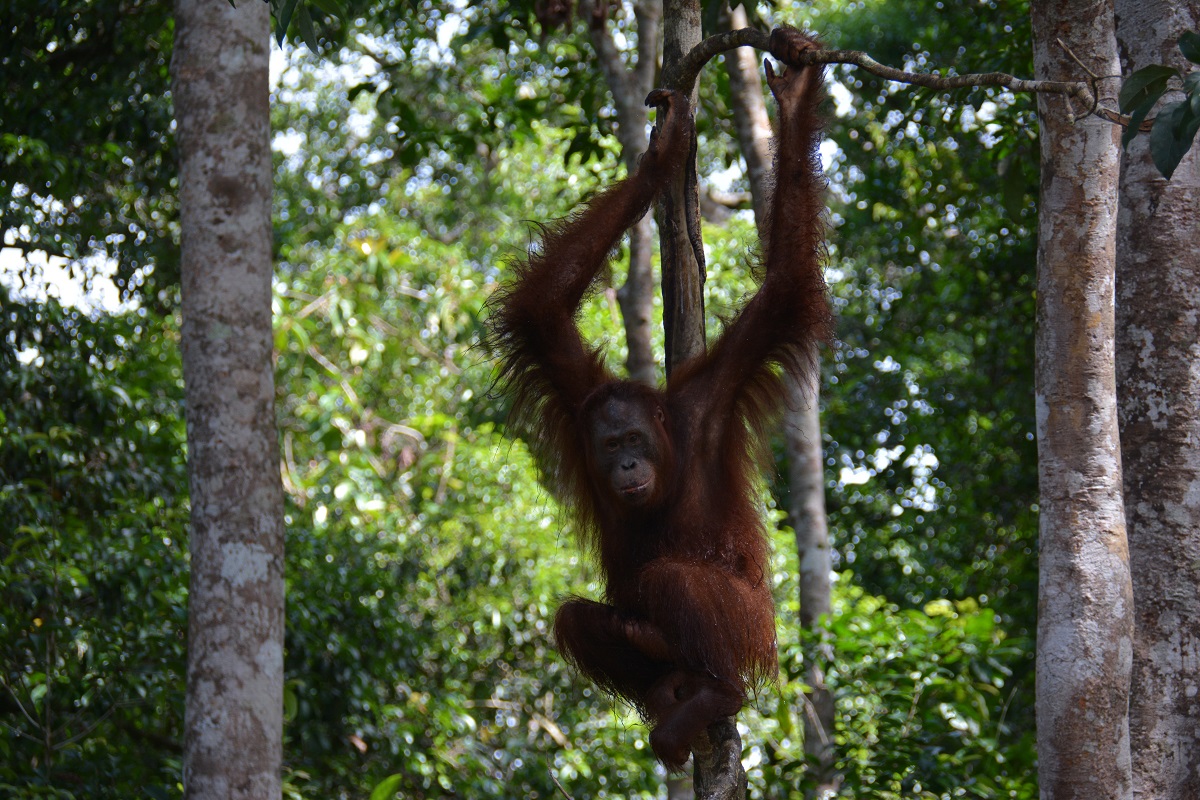 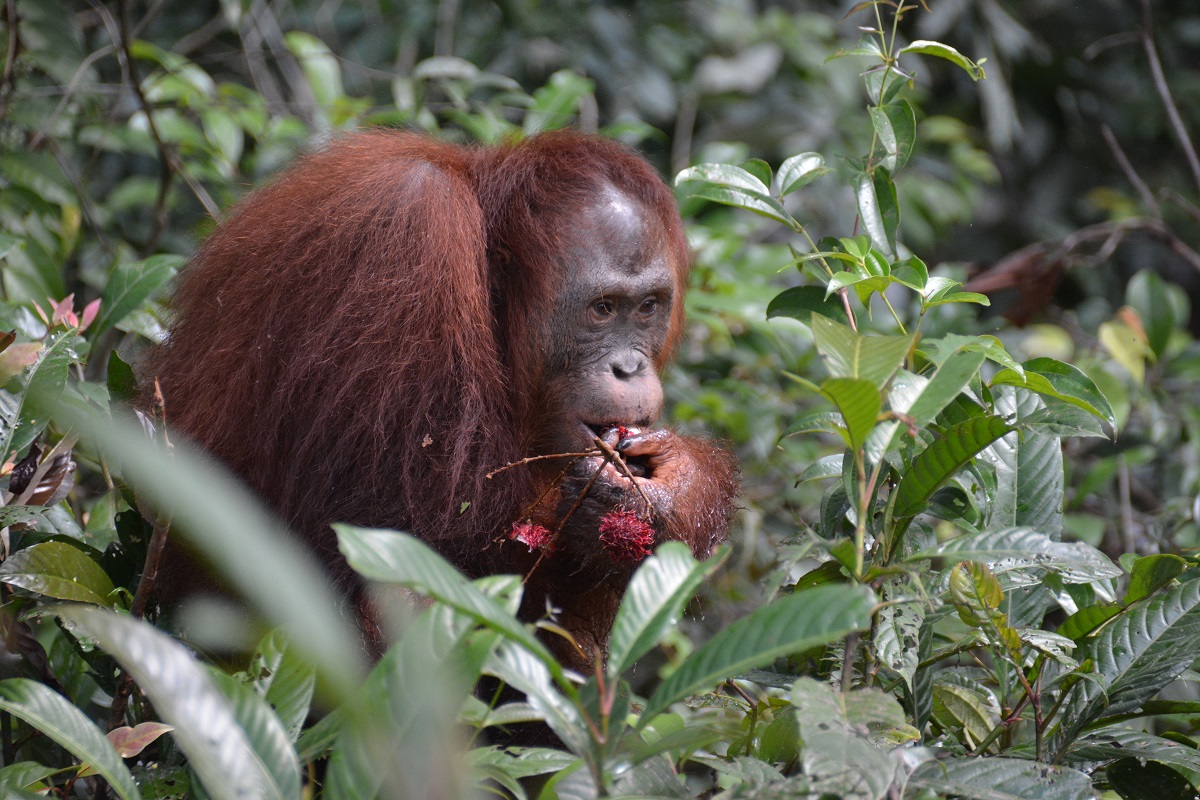 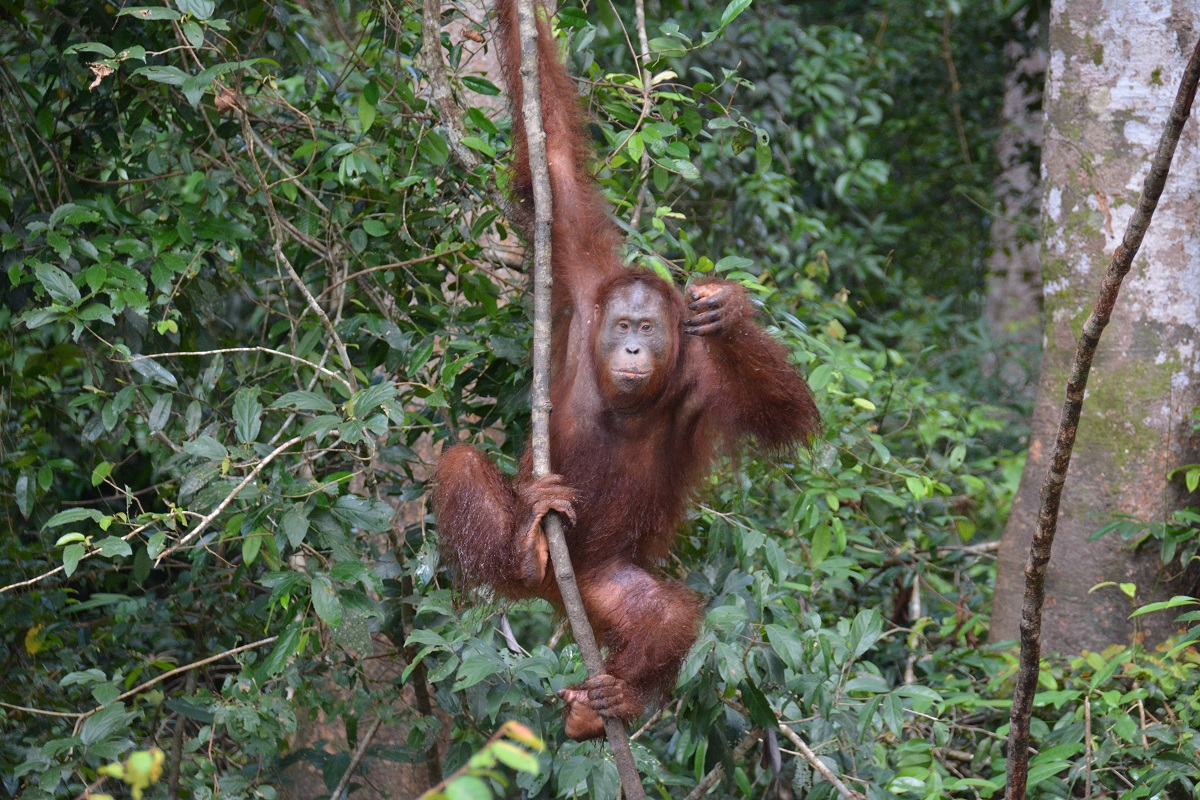