Despite the fact that it has been illegal to capture, keep, kill, own, transport, or trade an orangutan in Indonesia, all of these practices are still commonplace. This is due to a lack of law enforcement until relatively recently. Evidence that orangutans are regularly still smuggled out of Indonesia abounds. To help combat wildlife crime, the Scorpion Foundation was established in 2015. Scorpion is a non-governmental organisation and it is now the leading Indonesian group tackling the rampant illegal wildlife trade in Indonesia.

Scorpion conduct investigations all over Sumatra, Java and Bali and plan to extend their coverage. Their undercover investigators collect photographs of illegal activities and write reports that are sent to the Indonesian government to initiate further action against the perpetrators.

The Vision of Scorpion is: Protection of wildlife for future generations through increased awareness and improved animal welfare.

The Mission of Scorpion is: Assist the Indonesian government in the prevention of the extinction of species in the following ways: monitoring the trade of protected and endangered species investigating poaching and illegal wildlife petting; supporting law enforcement efforts in eradication of wildlife crimes.

Scorpion has a strong focus on the protection of the Tapanuli orangutan (Pongo tapanuliensis). This newly described species lives in the upland forests of the Batang Toru Ecosystem, North Sumatra, Indonesia. With less than 800 individuals remaining, the world’s newest great ape species is also the most endangered. The area it inhabits is also home to vital, endemic biodiversity, and is under immediate threat from a proposed large-scale hydroelectric dam. The population is also under threat from encroachment and poaching.

The Orangutan Project funded the purchase of a second-hand vehicle for Scorpion in January 2018 to assist with patrolling the Batang Toru ecosystem and we continue to fund the running costs for this vehicle. It is imperative that the border of Tapanuli orangutan habitat is constantly monitored to protect this Critically Endangered species. Activities of the Scorpion team in Batang Toru include:

Regular patrols have caused caution among local communities since the vehicle was purchased and used for patrols.  No Tapanuli orangutans have been found to be kept or traded illegally. Activities with forestry police oversee areas prone to poaching and monitor any suspicious activities. The patrol vehicle has also become a very useful tool in building partnerships with forestry policemen from the provincial Wildlife Authority. 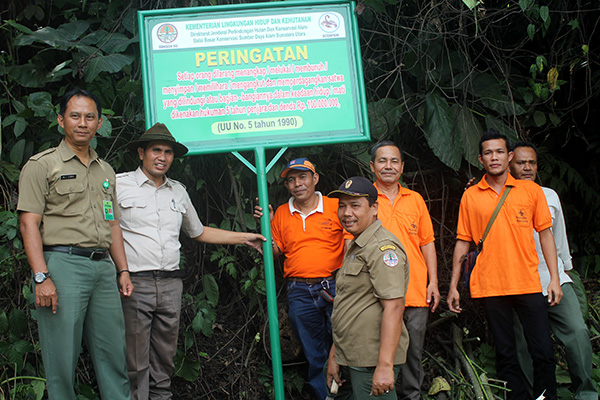 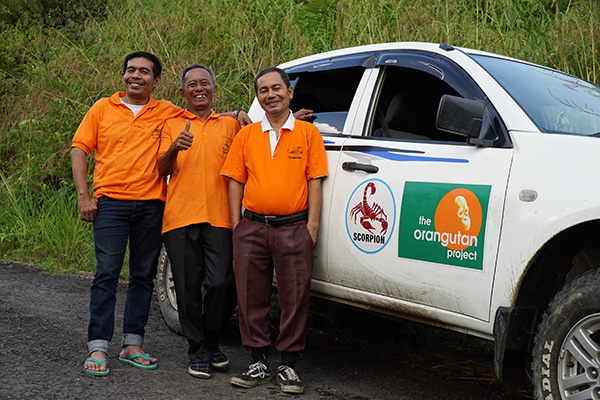 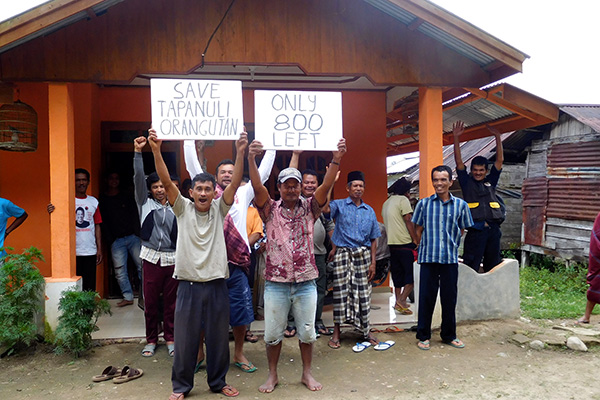