Gokong has been in our adoption family and lived at the SOCOP Rescue and Rehabilitation Centre in North Sumatra for many years. We are delighted to share the wonderful news that Gokong has been transferred to the Jantho Reintroduction site in Aceh Province. He is currently learning more advanced forest skills prior to his release into the forest.

In previous updates we reported that plans to send Gokong to the larger and more complex Forest School at the Jantho Reintroduction site to hone his forest survival skills had to be delayed due to the COVID-19 pandemic, so we are thrilled this move has finally been able to take place.

Allowing a gradual process to adapt to new surroundings is very important for all orangutans but especially orangutans like Gokong who has specific challenges and needs. Gokong still needs to further his independence and become less interested in human activities. The environment of the Jantho forest will support him in achieving this.

In early June, along with three other orangutans, Gokong undertook the journey to Jantho. Each orangutan had their own transportation cage and were accompanied by SOCP staff including a vet and Animal Manager. The ongoing COVID-19 pandemic impacts all aspects of orangutan care and rehabilitation making situations like transportation to Jantho more challenging and complicated. Some of the measures taken include complete PPE worn at all times when checking on the orangutans in transit and routes altered to avoid stopping in locations where there is a risk of people approaching the transportation cages. The transportation team also encountered heavy rain on the last off road leg of the journey, but all made it to Jantho in good spirits.

Upon arrival, Gokong and his three travel mates were put into the adaptation cages for a period of 14 days for observation and allowing time for adjustment to their new surroundings. Once the Jantho team were satisfied Gokong was healthy and adjusting well to the new environment he was moved into the habituation cage in the forest and was able to begin his time in the advanced environment of the Jantho Forest School.

As predicted by the staff who know him best, Gokong moved around the Forest School area really fast on his first day. Usually in a new environment like this an orangutan will move slowly while they observe and study the area, however, the team know Gokong’s personality and know that he can be unpredictable at times. The team also thought Gokong could have been reacting to other male orangutans in the area who had passed by Jantho camp recently.

As Gokong is already showing signs of developing into a mature male orangutan, competition from other males, and especially males bigger than him, will be a factor for him to deal with going forwards, albeit a natural one.

In Gokong’s following few days at Forest School there was a previously released male called Genang who was hanging around the area and during this time Gokong choose to stay close to cages. Once Genang returned to the forest, Gokong was confident to return to the trees and carry on exploring. That evening Gokong decided not to return into the cage but slept on top of it instead. This was great to observe as normally once an orangutan has the confidence to stay for longer periods outside of the cage, the confidence to build a nest and sleep in the trees will soon follow.

A few days later, Gokong met Genang again in the Forest School area and his reaction filled the team with confidence. Although he was scared of Genang, Gokong didn’t disappear into the forest but instead returned to the cage area showing that he had already grasped a good understanding of the orientation of the camp and that he knows where his ‘safe space’ is.

It is wonderful that Gokong has commenced this final stage of his rehabilitation as he continues on his journey to forest freedom. 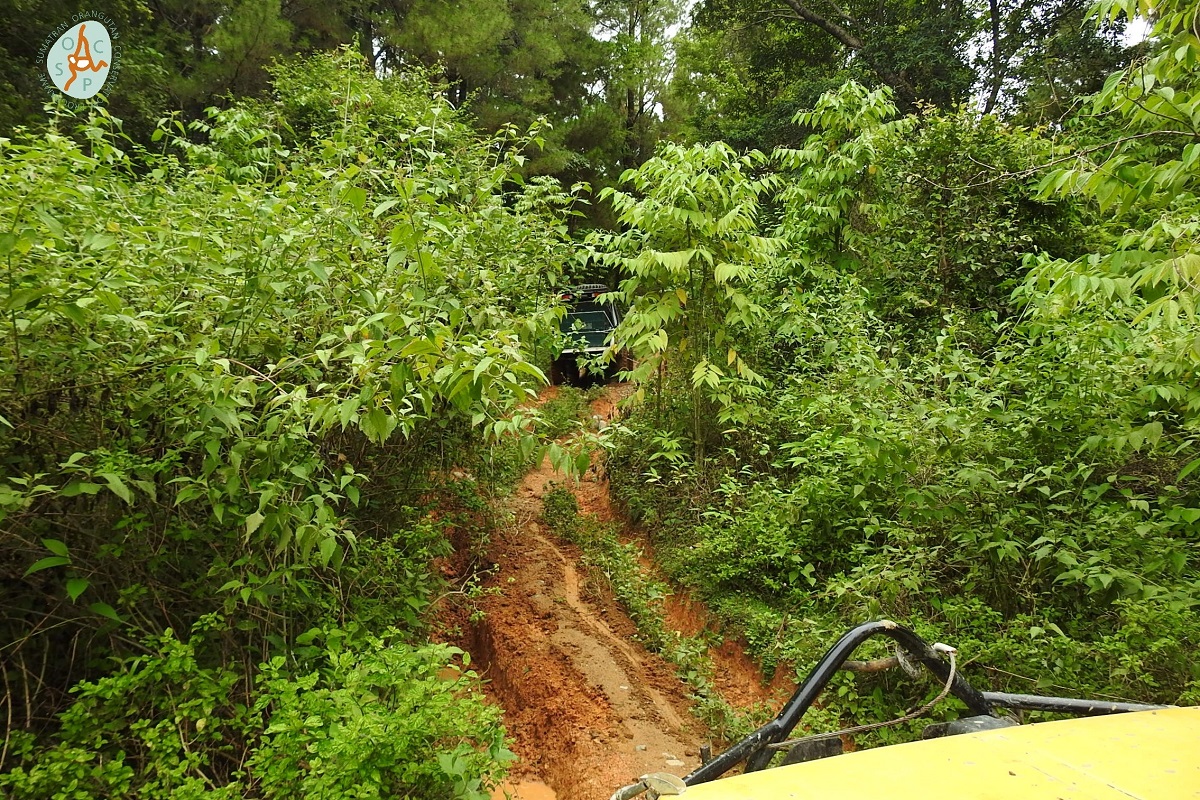 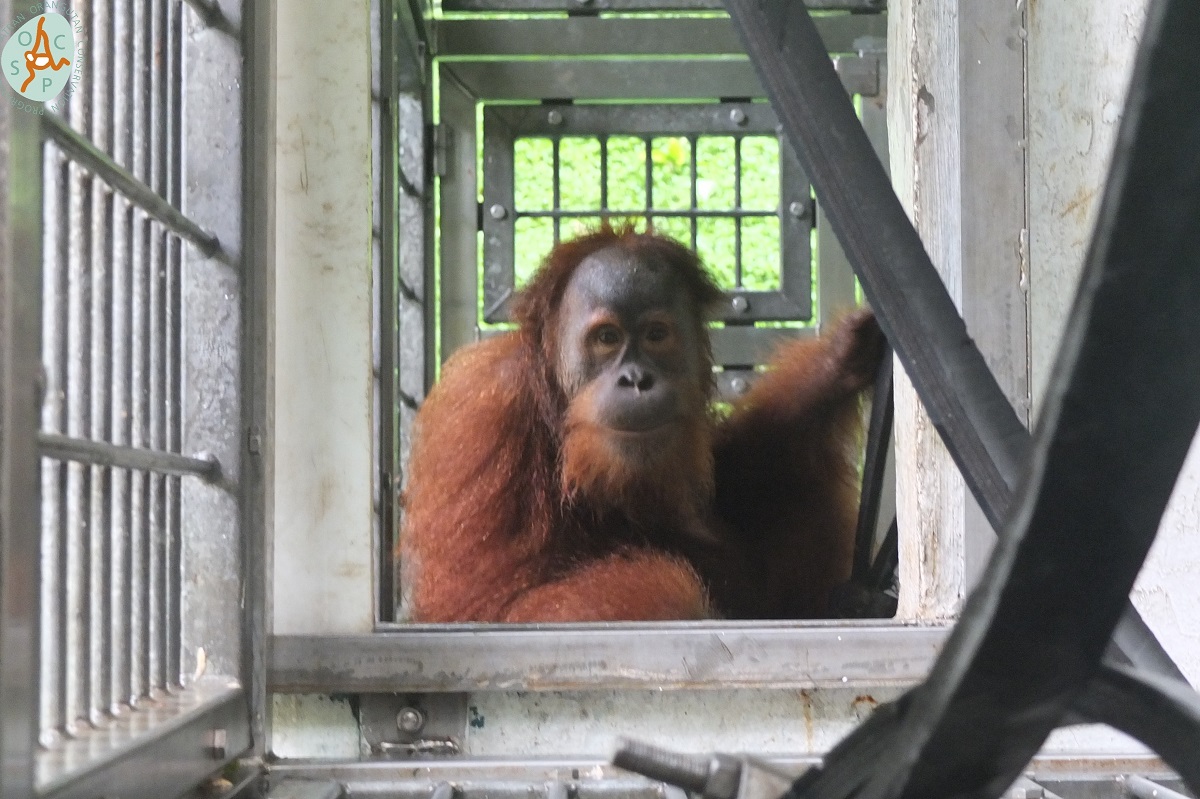