Meki is now 12 years old and she continues to flourish on Kaja Island, one of the BOS Foundation’s pre-release islands in Central Kalimantan. In recent months, the weather around Sei Gohong district, where Kaja Island is located, has been both sunny and cloudy, but is still dominated by heavy rainfall. However, heavy rains have not increased water levels around the island – on the contrary, water levels have receded significantly. Due to these low water levels, the team has had to carry out tighter patrols to keep the orangutans safe on the island. Thankfully, no evacuations have had to be made.

Meki will usually be found waiting for the orangutan staff to deliver breakfast in the morning at a particular feeding platform on the island.  Meki is quite close with other female orangutans at the feeding platform, but when she explores the island, she prefers to do so alone. In the afternoons, when the team returns to the island to distribute food, Meki is rarely seen again; she is usually off exploring the island which is wonderful.

Meki is not a dominant orangutan however she is a true adventurer. She never stays in the same location for very long as she is constantly roaming and foraging for food on the forested island. In recent months, there have been many natural food sources available on the island, such as fruits, young leaves, flowers, and protein-rich insects. The team have also observed Meki building sturdy nests in large trees near the riverbank. All of these traits make Meki a strong candidate for release in the future. Well done Meki! 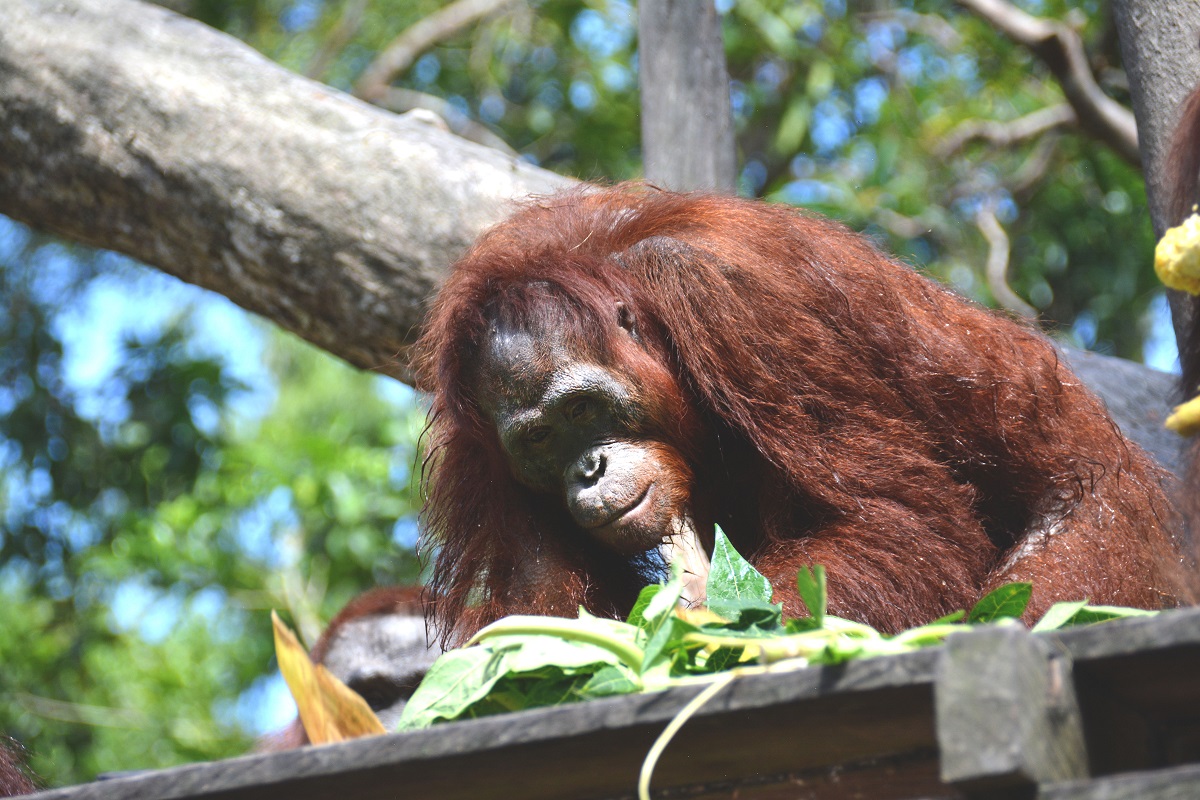 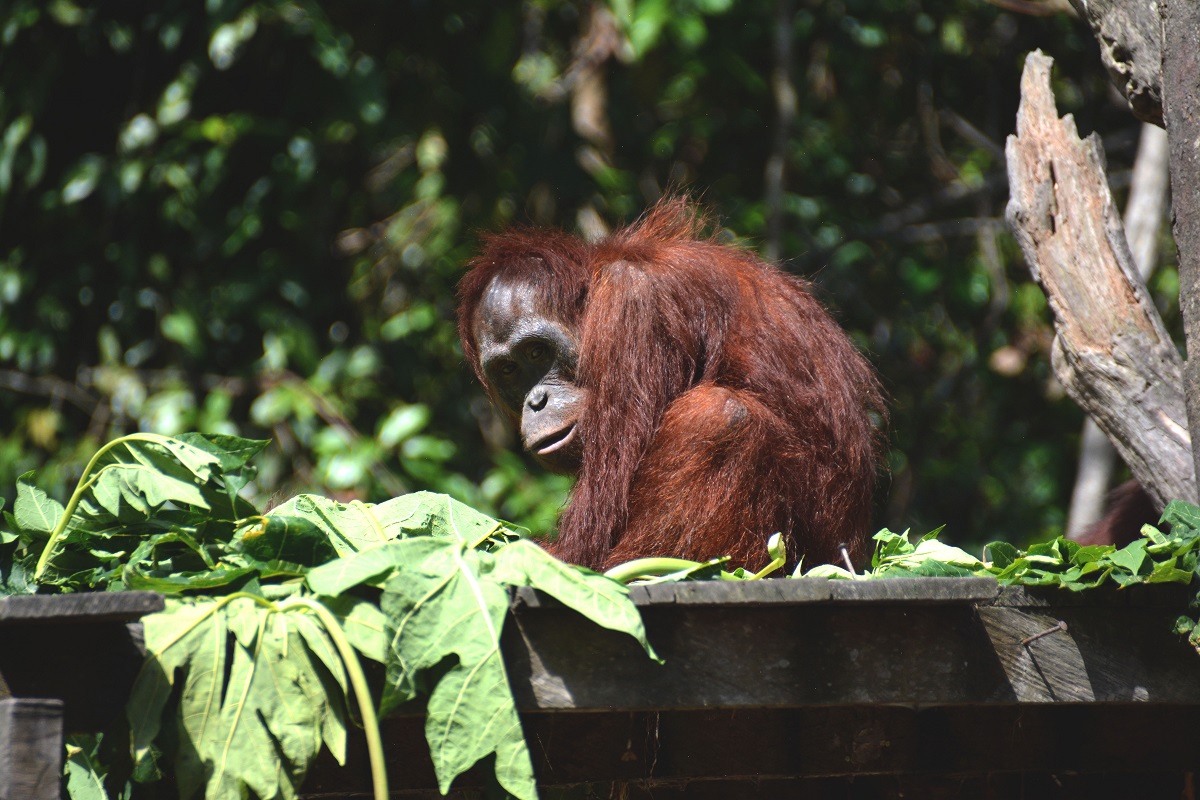 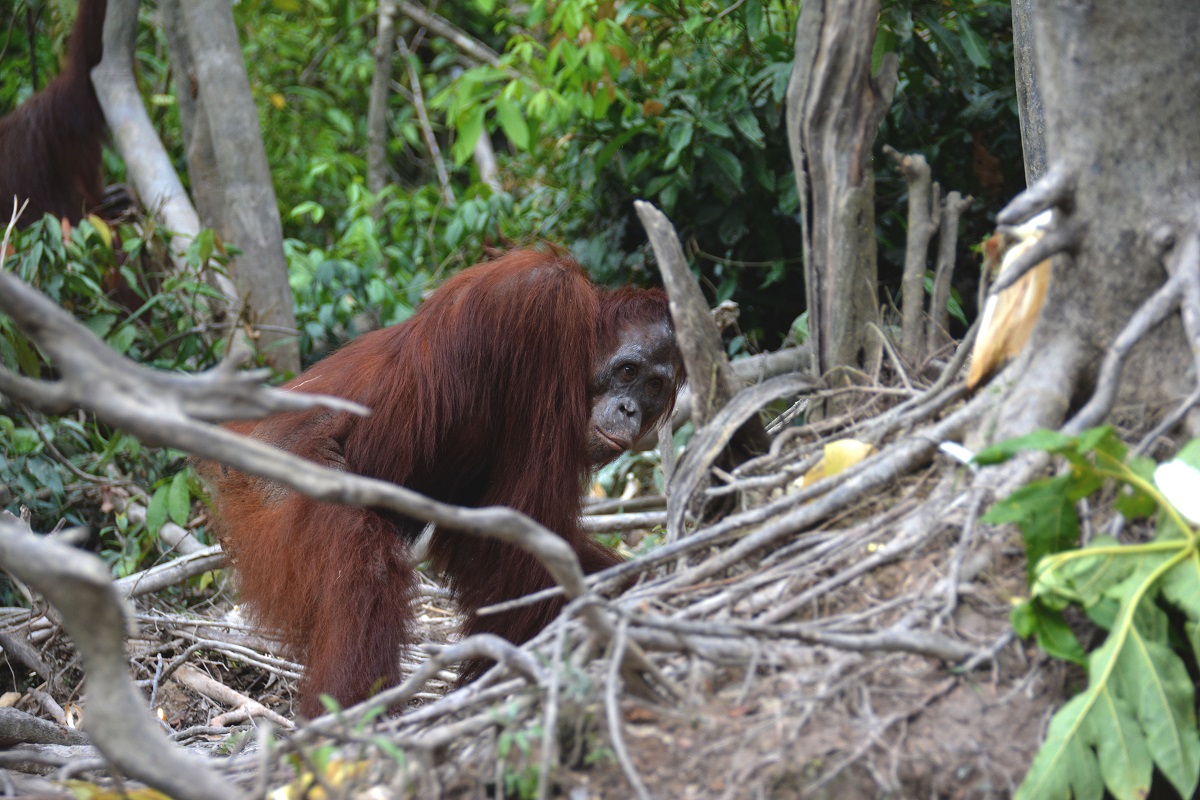 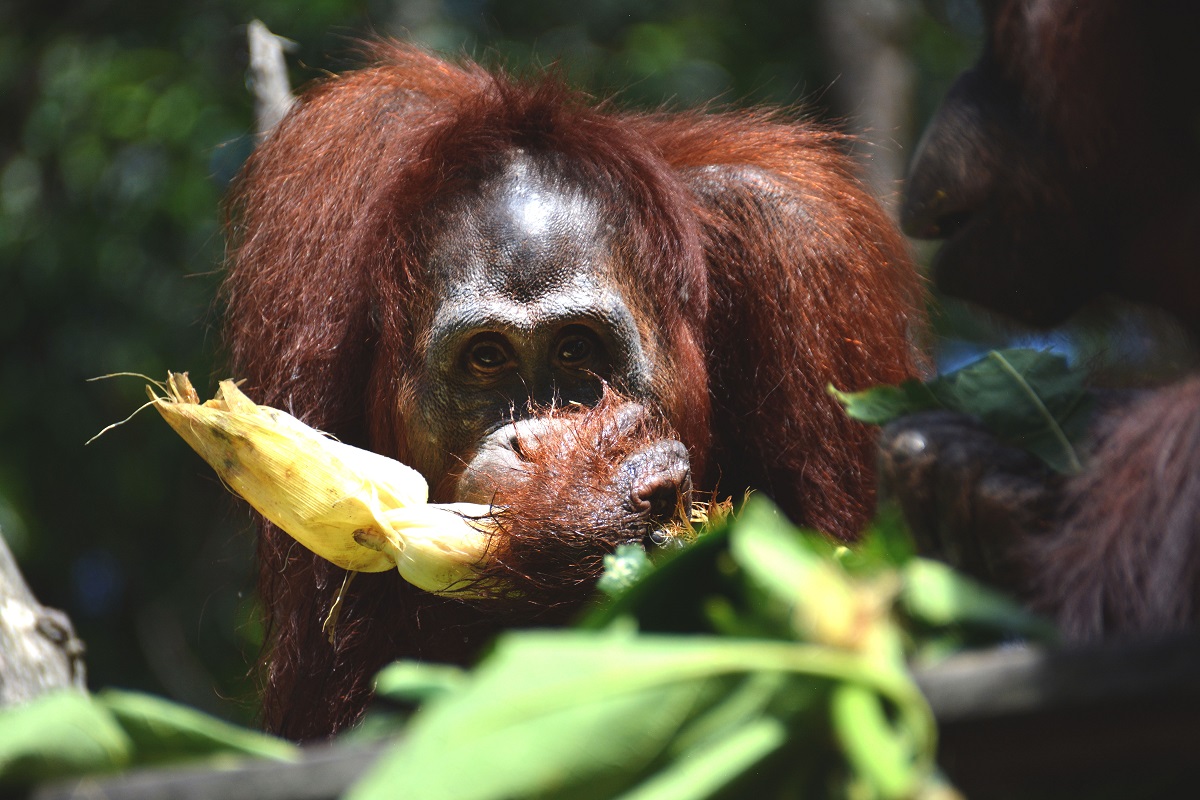 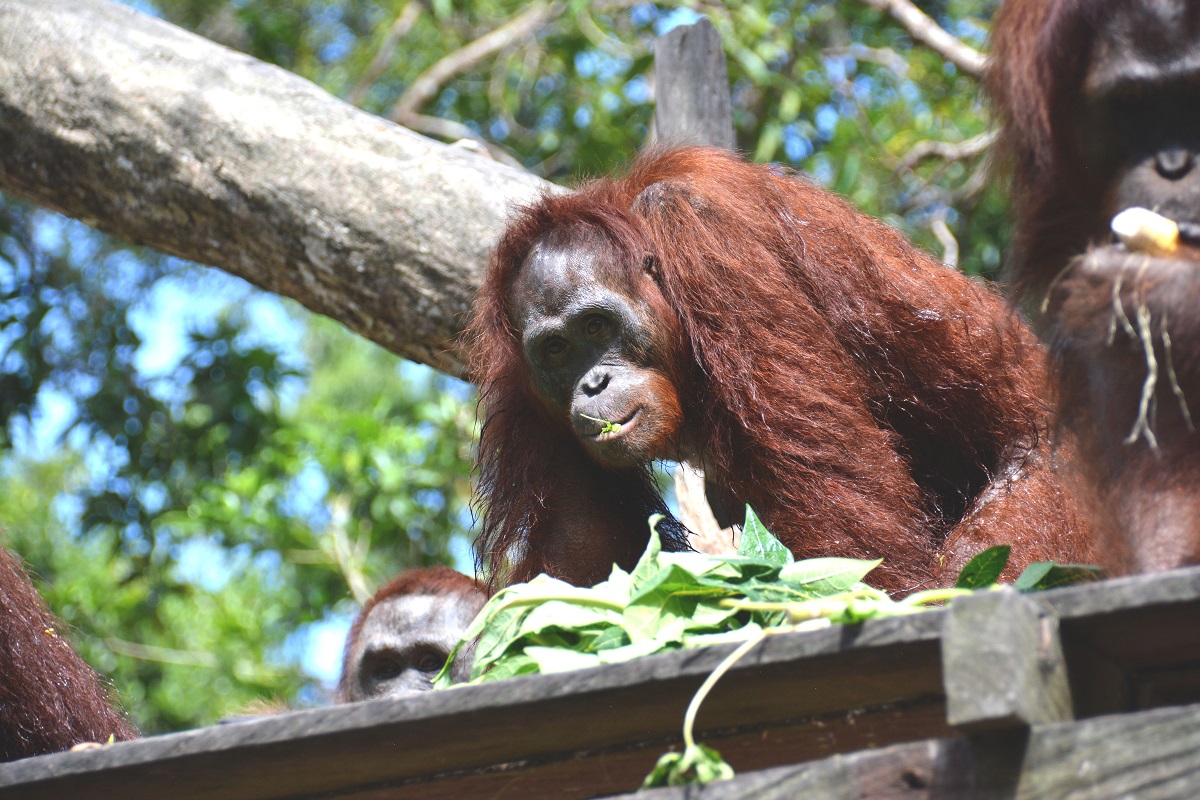